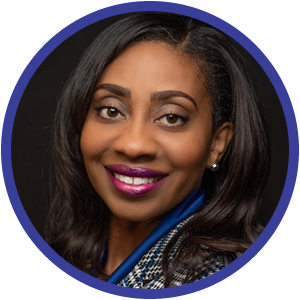 Kahalah Clay was appointed Circuit Clerk of St. Clair County in 2011 and elected in 2012.  Since then, Kahalah has transformed the Circuit Clerk’s Office by instituting cutting-edge digitization and technology programs such as a centralized scanning unit and the DigiTicket Electronic Ticketing Program.  Her office also features paperless dockets and Automatic Disposition Reporting with the Secretary of State’s Office.

Kahalah has served as President of the Illinois Association of Court Clerks and has been appointed to several Illinois Supreme Court Committees including the Access to Justice Committee and the Committee on Pretrial Reform.

​Kahalah Clay, born and raised in East St. Louis, is the daughter of the late former East St. Louis Fire Chief Bruce Hill, Jr. and Mrs. Reola Hill.  She is a graduate of the University of Illinois at Urbana-Champaign with a degree in Pre-Law/Speech Communication. Kahalah obtained her law degree from Indiana University Robert H. McKinney School of Law.

Prior to her appointment to the Circuit Clerk’s Office, Kahalah served as St. Clair County assistant state’s attorney.

​Kahalah is married to William G. Clay IV, and they are the parents of two sons and one daughter. She is a member of Power of Change Christian Church in Cahokia.