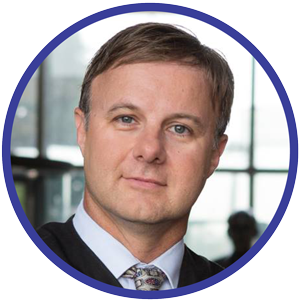 Facebook Page
Judge Heinz Rudolf has been on the bench serving the residents of the 20th Judicial Circuit since February 2006. Judge Rudolf is running for Circuit Judge to fill the vacancy of retiring Judge Jan V. Fiss. Since 2006, Judge Heinz Rudolf has tried 59 jury trials to verdict including 11 jury trials this past year. Additionally, Judge Rudolf has presided over hundreds of bench trials over the course of his judicial career. Judge Rudolf continually receives some of the highest ratings in the Illinois State Bar Association’s Judicial Advisory polls from lawyers who practice before him in the 20th Judicial Circuit.

​During his tenure on the bench, Judge Rudolf became an ASTAR Science and Technology Fellow which assist with scientific issues in cases. Judge Rudolf served for several years on the Illinois Supreme Court’s Judicial Conference Committee on Education. Since 2006, Judge Rudolf has also served on the Children’s First Foundation Board.

Judge Heinz Rudolf has previously served his community as a prosecutor, public defender, and as an elected member of the St. Clair County Board serving the residents of West Belleville. During his tenure on the County Board, Judge Rudolf was instrumental in the development of Stookey Township Park which replaced a highly blighted area of West Belleville. As a result of such efforts, the St. Clair County Sheriff’s Department awarded Judge Rudolf the “Civilian of the Year” award.

Judge Rudolf currently teaches as an Adjunct Professor at Lindenwood University in Belleville, Illinois courses in Criminal Law and Procedure. He and his wife have two children.